Harness Racing returns to Tasmania’s north-west coast for the first time since March with an eight-race card in the Burnie suburb of Wivenhoe on Friday evening.

With some rain in the northern part of Tasmania, a precautionary track inspection will be held at 12:30.

Friday night’s meeting is the first of a big season for the Burnie Harness Racing Club.

The club was granted one of three extra race dates added to the Tasmanian harness racing calendar for this financial year, taking the club allocated total to five, with the club also playing host to an extra three meetings on behalf of the Devonport Harness Racing Club, who currently are without a home.

The best chance from his stable appears to be Juniper in the second race.

Juniper, a daughter of Bettors Delight, has a handy standing start record of two wins and three placings from nine starts, with the mare never missing a top-two finish in two starts on the Burnie circuit.

The mare finished fifth at her last start in Launceston on 2 October, where she led before being out-sprinted in the final 50m to be defeated 2.4m. If the mare can lead on Friday, she will enjoy the tighter surroundings of the 607m track.

Another runner from the Yole yard that looks well placed is Karalta Dazzler in the last race.

The winner of 24 races, including a heat of the Easter Cup in 2017, has dropped back in the national rating system into a rating 35 or better standing start race, the lowest race on the rating system.

If the 11-year-old gelding produces his good standing start manners and can lead in the 2180m event, he will be a strong chance of recording his first win since February 2021, which was in a mile rate of 2m 7.8s.

He will be driven by Gareth Rattray, last season’s leading driver in Burnie.

The first race will be shown on Sky Racing 2 and TasracingTV at 18:19. 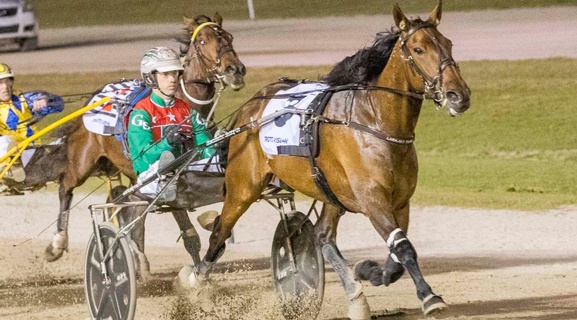 30 November 2022
Trotters' ID22 becoming a story of Brilliance, belief and a Queen
A lead four has emerged in the race to the SENTrack Inter Dominion Trotting Championship and they look set for two enticing bouts when the series moves to Geelong this Saturday night. Just Believe, the series only unbeaten runner after tonight’s Shepparton heats, has drawn gate one for the final...