The HRA Feature Race Committee agreed to release the calendar through to the end of July in order to provide the State Controlling Bodies with sufficient time to finalise the scheduling of races in the latter months of 2023.

The splitting of the release of the calendar also provides the opportunity for states to review the timing of races in the end of 2022 against their key performance indicators to ensure that feature races are scheduled in their optimum timeslots in late 2023.

The FRC for 2023 incorporates the new Group Racing Guidelines which were updated in December 2021.

The new guidelines are governed by the Group Racing Panel (GRP) who earlier this year reviewed the group racing applications as provided by each State Controlling Body and assessed each race on its merits based on the guidelines.

Inclusion in the Feature Race Calendar was not automatic based on prizemoney, with the GRP also considering the strength of the race, eligibility criteria and the group racing pyramid. Only races with an open eligibility were afforded group status, with restricted races only allowed listed status.

The full Group Racing Guidelines may be found HERE.

The 2023 Feature Race Calendar through to 31 July is found on the Racing tab of harness.org.au and is split into:

The data presented in the calendar is correct as at 6 October 2022 however remains subject to change, with amendments required to be approved by the HRA Executive.

Should the calendar be updated, a notice to industry will be published on the national website. This listing includes only Group and Listed races, therefore participants should refer to the respective State Controlling Bodies for a full list of feature races in their respective state.

For any queries, contact HRA Head of Finance & Strategy, Cameron Brown by email to cbrown@hra.com.au. 25 November 2022
SA Trots - Webster hoping for happy homecoming
FORMER South Australian Geoff Webster is hoping for a happy homecoming of sorts this weekend. Although he will remain at his Victorian base, Webster has two pacers engaged at Globe Derby tomorrow night, with the pair set to contest Southern Cross heats. Unable to make the trip for the qualifiers, Webster... 25 November 2022
SA Trots - Cavallaro team hoping for Sunshineanrainbows
UNBEATEN filly Sunshineanrainbows will take the first step towards joining several of her family members on one of South Australia's most prestigious honours rolls this weekend. An impressive winner of her two starts, Sunshineanrainbows is poised to contest a Southern Cross heat at Globe Derby tomorrow... 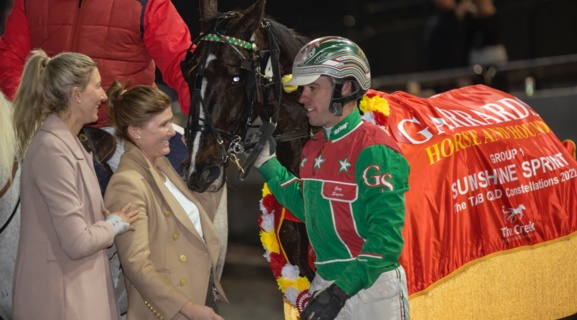 25 November 2022
Greg Sugars readies to Eclipse Inter Dom - the "number one test"
With more than 50 Group 1 wins as a driver, Greg Sugars is quickly ticking off harness racing’s biggest and best races from his bucket list. But there’s one major feature he wants more than any other that has so far escaped his grasp. It’s the SENTrack Inter Dominion Pacing Championship,... 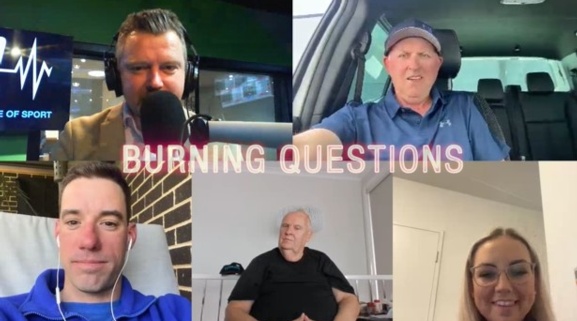 25 November 2022
Greg, Tara and Britt join Bon and Andy for a BIG ID22 Burning Questions
How to get ready for Night 1 of the SENTrack Inter Dominion? With the "biggest panel ever in the history of Burning Questions"! Jason Bonnington and Andy Gath are joined by Greg Sugars, Tom Hogan and Brittany Graham to dive into Saturday night's huge card at Ballarat. 25 November 2022
SA Trots - Busy night for the Neilson Stable
RESPECTED horsewoman Jill Neilson is preparing for her busiest night at the races. Since making her training debut during the 1988/89 season, Neilson has forged a highly-successful career, with 2022 among her best years. Last May Neilson added another Group Two to her record when Honolulu Lulu captured...