A VETERAN and a upstart walk into the winners' circle...

Sounds like the beginning of a joke, but in fact it was the scenario at Globe Derby last night as a pair of stablemates outclassed their rivals.

One of South Australia's most frequently raced pacers, Celestial Daybreak registered his sixth win of the term, while Whitestarchristian - a 'Johnny Come Lately' by comparison - notched his seventh success for 2022.

Completing his debut as a three-year-old in 2015, Celestial Daybreak has had 314 subsequent outings for 43 wins and 70 placings.

During the past 12 months the gelding has had 53 starts - two more than Whitestarchristian's overall tally!

A late bloomer, Whitestarchristian began racing during the last month of his four-year-old season in 2020.

"Celestial Daybreak is an old trooper which keeps plugging along," trainer Shane Loone said. "He races at least once a week and thrives on it.

"A few weeks ago he had a fortnight between runs and was almost underdone at his next start!

"He doesn't do many hard yards between starts as the races keep him fit and happy.

"Whitestarchristian knocked his tendon before he even raced and only just got in a few starts as a four-year-old and luckily was able to pick up his bonus.

"He's a big lug which is still learning what it is all about, but he can certainly win his races."

Driven by Dani Hill, Whitestarchristian rated 1:59.5 over 1800 metres as his stablemates, Star Writer and Bien Hoa, filled the placings.

Hill's brother, Wayne, held the reins behind Celestial Daybreak, which scored in 2:01.8 from Boss Major and Illawong Kim. 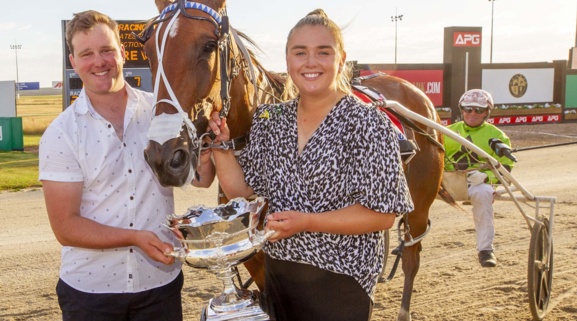 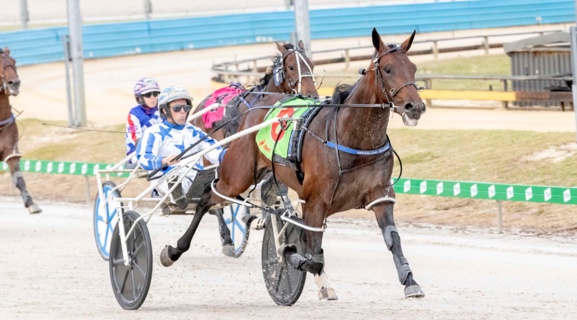