EVERYTHING is "perfect" for defending champion Artillery ahead of his title defence during the weekend.
Winner of last season's Southern Cross Final as a freshman, Artillery will attempt to keep his throne at Globe Derby on Saturday night.
Along with being in top form with victories from his last two starts - including his futurity heat - the son of Art Major has drawn to lead throughout the Group Two.
To trainer Paul Cavallaro's delight, the three-year-old will begin from the pole.
"It's all falling into place in the perfect way," Cavallaro said. "He took a couple of runs back from a spell to get into winning form, but has reached his peak at the right time.
"I couldn't be happier with the way he is feeling going into this...it's the best I've ever had him.
"It's a perfect draw as he comes out fast. He led from seven two starts ago and I can't see him being crossed by anything."
Citing Tuppence as the main danger, Cavallaro is also wary of Major Reason.
Also triumphant in his heat for former SA horseman Geoff Webster, Tuppence will come from barrier two.
Major Reason is set to enjoy the run of the race behind Artillery after drawing the inside of the second row.
"Tuppence is a nice horse which has solid form around some top horses," Cavallaro said. "He's the one to beat, but I am glad he's drawn outside us, not the other way around.
"Major Reason should get the perfect run and that will bring him right into it along the sprint lane when it counts."
- PAUL COURTS 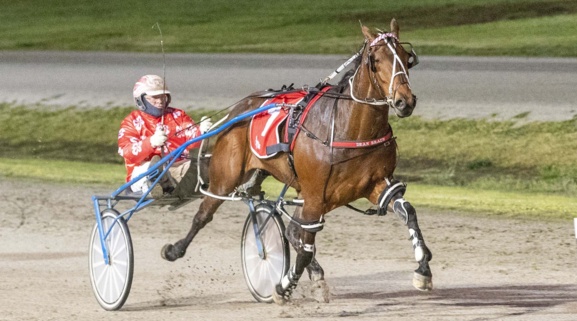