Twenty-year-old Emily Suvaljko is riding on the crest of a mighty wave, and she will enjoy having a full book of drives for the first time at a city meeting at Gloucester Park on Friday night.

Fresh from a treble with Rocky The Outlaw ($6.80), Baltic Ace ($9.20) and Shellna ($6) at Gloucester Park on Tuesday evening, the outstanding young driver who has revealed wonderful ability in winning 114 races in WA this season says she considers that her brightest winning chance is Jaspervellabeach in the Garrard’s Horse And Hound Pace.

Jaspervellabeach is awkwardly drawn at barrier seven for owner-trainer Kristy Elson in a race in which he drops down considerably in class compared to the opposition he has met in several recent races.

“It’s not a strong field, and I think he is the best horse in the race,” said Suvaljko. “The draw is against him and there could be a bit of speed, so I will see what is happening early. As the best horse I’ll have to put him into the race at some stage.”

Suvaljko also expects a strong showing from Nathan Turvey’s The White Rabbit in race one. “It is not an overly strong field, and he went good last start (after winning at Pinjarra and Bunbury at his two previous starts),” she said.

“He is a horse who doesn’t handle the track all that well. He tends to hang a little bit. I guess I’ll be driving him pretty positively. I might have to be in the breeze and race him sit-kick.”

“I have had only one drive behind Vespa, and he won,” she said. “There will be a bit of speed early and I reckon we will be ducking for cover before he does his best work at the finish.

“Walsh did just what he needed to do when he won last Saturday (after dashing to an early lead). He is very versatile, and he sat in the breeze two starts ago when he went 1.56.8 when a close second to The White Rabbit. It looks hard with Whatabro drawn inside of us. However, he is really good sat-up as well.

“It looks tough for Mini Mine Yet, with Alta Louisa drawn one; Caruba might slot in and race on the leader’s back or three back on the pegs; Path Of Gold hit the line really well at his latest start. There are a few nice ones in this week’s race, and we will probably duck for cover and look for short cuts.

“Burghley Shard has been racing competitively in this class with a sit. From barrier one this week we will have to decide whether to try to hold up or take a sit.” 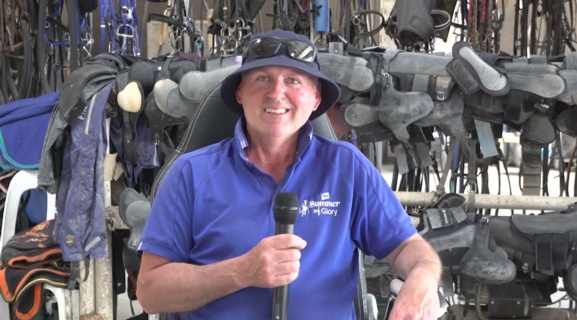 2 December 2021
WATCH: Andy Gath reflects on Tornado's whirlwind journey
While a major milestone will finally be reached this Saturday night, trainer Andy Gath isn’t suggesting any imminent retirement announcements for his champion Tornado Valley. The nine-year-old will surpass the $1million prizemoney mark regardless of the result in the Aldebaran Park R C Freestone... 2 December 2021
SA TROTS - Stewarts chances in the Southern Cross Finals
SO MUCH has been written about Emma Stewart's remarkable presence during the Vicbred Super Series in recent years. Dominating the futurities like never before, Stewart has won 26 Vicbred Finals during the past decade. Stewart's haul breaks down to 11 two-year-old, 10 three-year-old and five four-year-old... 2 December 2021
WA Media Guild Friday's Thoughts 3 December
Harness racing fans are in for a treat on Friday night at Gloucester Park when the free-for-all stars clash in the $30,000 RWWA Stakes (2536m). It’s one of the best line-ups of quality pacers we have seen at headquarters in months and a timely reminder that the upcoming summer carnival is just... 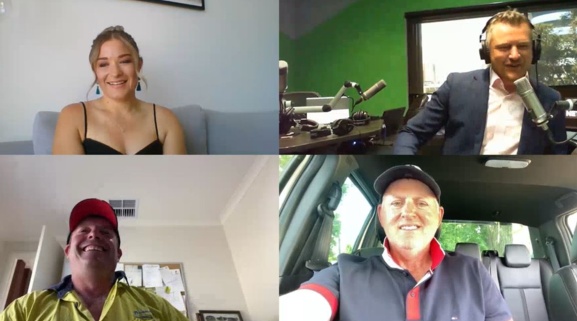 2 December 2021
Burning Questions: Dunny joins regulars for Melton deep dive
There were some real fashion statements on this week's episode of Burning Questions as Horsham trainer-driver Aaron Dunn ran with the hi-vis while panel regulars Jason Bonnington and Nikkita Ross looked ready for next January's Gordon Rothacker Medal evening. They joined Andy Gath for a deep look at...