Outstanding three-year-old Lavra Joe faces a major test when he lines up against up-and-coming star To Fast To Serious and other older and more experienced campaigners in the 2130m Direct Trades Supply Pace at Gloucester Park on Friday night.

To make his task even more difficult is the fact that he is at an initial disadvantage by starting from the outside barrier in the field of seven.

Aldo Cortopassi has an important initial advantage over Lavra Joe in that To Fast To Serious is better drawn at barrier No. 5, and this should ensure that the race will develop into a wonderful battle of tactics.

At his second appearance after a spell last Friday night the Ray Williams-trained To Fast To Serious began speedily from barrier three to burst to the front after 120m. He was then untroubled to set the pace and dash over the final quarters in 27.8sec. and 28.1sec. in beating Burning Rubber by almost two lengths at a 1.55.1 rate.

Chris Voak, who will drive Boom Time from the No. 6 barrier in Friday night’s race, said he expected Lavra Joe to be seriously challenged by To Fast To Serious.

“Boom Time will be driven sit and sprint and has an each-way chance, but is more of a place hope,” he said. “Lavra Joe is going to have his work cut out trying to beat To Fast To Serious who ran fast time last week.”

Another smart three-year-old in the Justin Prentice-trained Mighty Ronaldo will clash with older and more experienced rivals when he starts as the only runner on the back line in the 2130m Retravision Pace.

Mighty Ronaldo, to be handled by champion reinsman Gary Hall jnr, is likely to be tested by Voak’s drive, the Ross Olivieri-trained Born To Boogie, who will start from the No. 1 barrier. Born To Boogie is unbeaten at her first two Australian starts, finishing strongly to beat Louie The Horse in a 2116m stand at Pinjarra and then leading and winning by just under six lengths from Blockjorg over 2130m at Gloucester Park last Friday week.

“Born To Boogie should lead and win,” said Voak. “Mighty Ronaldo is very quick, but you’ve seen the speed that Born To Boogie has. In my opinion, she is as quick as Mighty Ronaldo, point-to-point, and she has a really good chance.”

Voak and Hall are also expected to fight out the finish of the 2536m Vili’s Pies Trot in which Voak will drive Son Of A Whiz from the No. 1 barrier, and Hall will handle Princess Mila from out wide at barrier eight.

Son Of A Whiz, a New Zealand-bred four-year-old trained in Busselton by Barry Howlett, made an auspicious West Australian debut when he set the pace and won by 7m from Champagne Prince over 2185m at Pinjarra last Monday week. That was his sixth win from 18 starts.

Princess Mila, trained by Gary Hall Snr, possesses a sparkling turn of foot and has raced 51 times for 15 wins and 16 placings. She won at eight of her 16 starts last season.

“Princess Mila will be suited by the distance and she has a good kick on her,” said Hall Jnr. “She’s probably got only one to beat, and that’s Son Of A Whiz. Princess Mila didn’t perform well at her latest start (when seventh behind Malabar Spur). She didn’t feel herself, but she’s back working well again.”

Voak said that Son Of A Whiz was not extended when he won first-up for six months at Pinjarra. “He won with the plugs in and he’s good enough to make his presence felt at Gloucester Park.”

Voak said that he was hopeful of making a successful start to Friday night’s meeting when he drives eight-year-old Fanci A Dance in the 1730m Better Your Bet With TABtouch Pace.

“He sat in the death and went 1.56 at Bunbury last Saturday night (when a half-head second to Pocket The Cash),” said Voak. “He was awesome and can repeat the dose. He’s tough and I won’t be walking.”

Hall said that he considered Nota Bene Denario to be one of his best winning chances on Friday night’s 11-race program. The New Zealand-bred six-year-old has been a model of consistency and should prove hard to beat from barrier five in the 2130m Catalano Truck And Equipment Pace.

“He’s going to win one soon,” said Hall. “I’d like to get to the front, but he probably doesn’t have to lead to win. He showed what he can do when he sat in the breeze last week (finishing a head second to the fast-finishing Jaspervellabeach).” 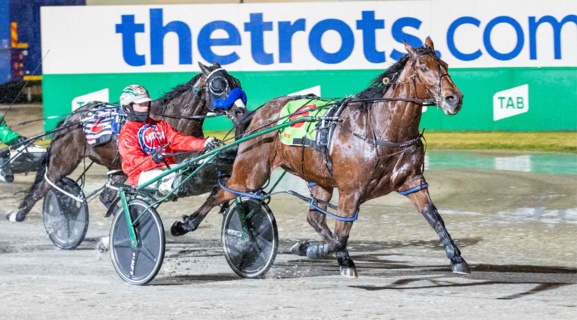 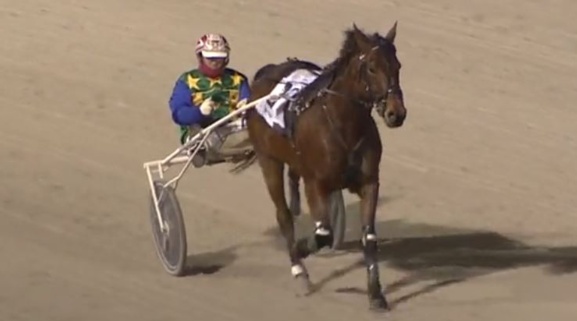 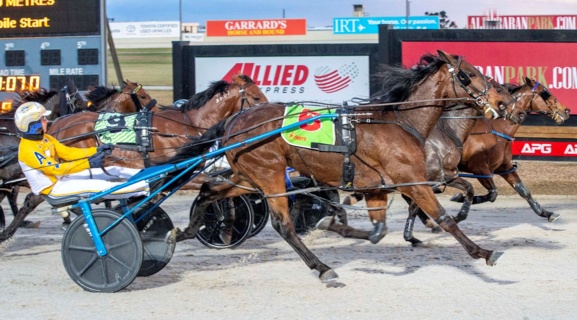 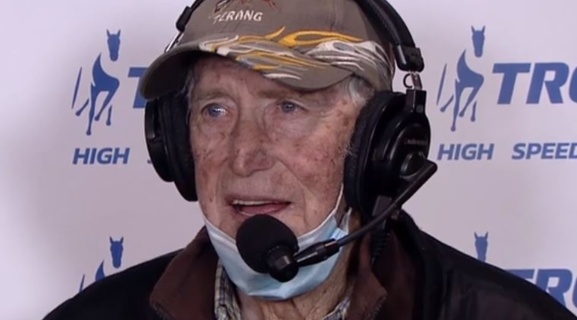