General Dodge blows them away again! 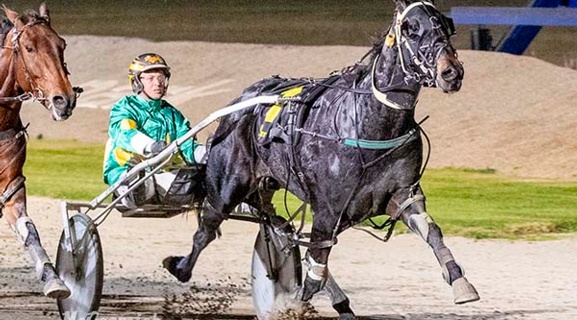 "If he stays sound, we might have a challenger to Lochinvar Art!"

Those were the words of legendary broadcaster Dan Mielicki as he called General Dodge to victory in Saturday night's TAB Golden Reign Free For All at Melton.

It's onwards and upwards for the Mick Chircop-trained eight-year-old, who backed up his brilliant first-up win at Geelong a fortnight earlier with another sizzling sprint lane success.