Brisbane trainer Darren Weeks says Kiwi star Spankem is an exciting addition to his stable ahead of upcoming 2021 The TAB Queensland Constellations.

Spankem has recently departed the team of champion trainer Mark Purdon and driver Natalie Rasmussen in New Zealand and was set to land with Weeks as early as Wednesday of this week.

Spankem comes to Weeks and his team at Stanmore through his partner, Kylie Rasmussen and regular driver, the sister of Natalie.

While there is no specific path locked in yet for the TAB Queensland Constellations, the team behind Spankem will devise a plan in the coming weeks.

Success has come for Spankem in Australia and back home in New Zealand, winning the Miracle Mile at Menangle in 2019.

“We haven’t had a good look at exactly what we will do, but he has come across to go to the big features through the winter - maybe the Blacks A Fake, or something like that,” Weeks said.

“But there are other races he could go too; they are the obvious targets for him.

“I do not know exactly how long he is going to be here but for what I know, we have got him here for the upcoming carnival.”

Spankem is owned by Phil and Glenys Kennard, who have declared the gun pacer is ready to race right now, ahead of the start of The TAB Queenland Constellations in June.

“We had thought about sending him to Australia in January, to come over to Sydney and race around the Miracle Mile, but unfortunately he got a little bit tired with his racing and we decided to give him a freshen up,”  Glenys said.

“His last race for him here was the Easter Cup, which was the end of April, and he is raring to go now and is just jumping out of his skin.

"We couldn’t turn him out now because there would be too big a break for him to start his New Zealand Cup prep.

“We have raced horses like this before, get some sun on the horses back, go through the Winter Carnival in Queensland and then bring him back into it over here.”

The Kennard’s usually make an annual trip to Australia around this time of year, but was unable to for obvious reasons in 2020, and are excited to get back in a few months’ time.

The pair have had an exciting journey in racing over the years, including having Smolda and Lazarus, on top of Spankem and others.

“We have had some good ones over the years,” Glenys said.

Weeks is excited to have Spankem in his care over the next few months.

“He is a top class horse as far as pacers go, it will be good to have him in the stable,” Weeks said.

Glenys says she has complete confidence in the Brisbane-based Weeks and Rasmussen team, noting that some Kiwi horses seem to grow an extra leg when they arrive to race in the Sunshine State.

During June and July, the Sunshine State will host five thrilling carnival race nights under lights - an exciting initiative for Australasia’s rising stars of harness racing.

The Weeks and Rasmussen partnership have been in form of late, taking out the Group 2 Australian Pacing Gold Bullion Final for 2YO Fillies on Saturday night at Albion Park with Cat King Cole.

Cat King Cole blitzed the field by almost 30 lengths as a red hot favourite, and Weeks is hopeful of a big 2021 with the filly.

“She goes good, we are really happy with her,” Weeks said.

“Saturday week she will race in the two-year-old breeders final at Albion Park and then she will have a bit of a break and then be set for the TRIAD final in July.

“We are really excited with her; she is a really nice horse.” 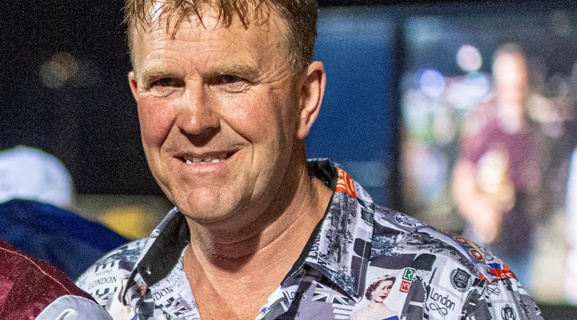 9 June 2021
Cran on Krug's Jewels "goof" and Queensland bounce back
Top harness racing trainer Cran Dalgety says he was glad he was in the grandstand when his stable star Krug was beaten at the IRT Harness Jewels meeting on Sunday. Had Dalgety been closer to the track as Krug threw away the race in the last 100m he doubts he would have been able to control himself. Krug,... 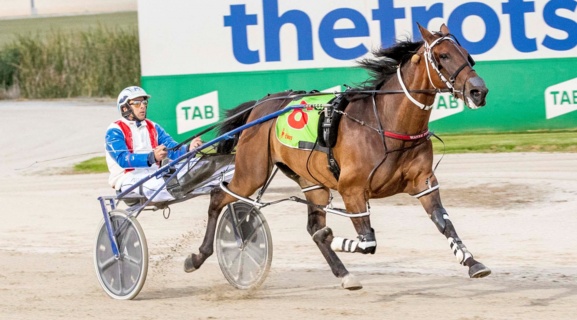 9 June 2021
Bondi out to make a splash in Italian Cup
The Boy From Bondi campaign has been like watching one of the gifted players in your local football competition change clubs and then go on to scale new heights. He hits the ground running and lives up to the promise with some great early matches, has a little bit of a lull, then comes back bigger and... 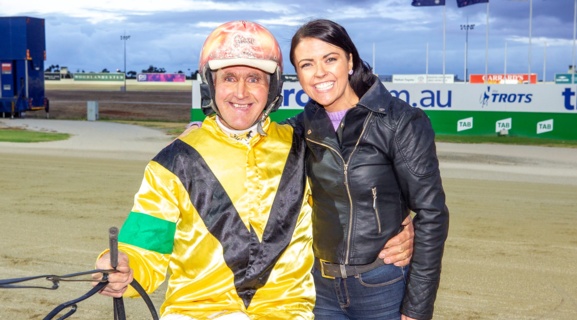