Anna Woodmansey reflects on the amazing journey of mare Pelosi She handed the 59-year-old her three career Group 1 victories.

And, following an unfortunate incident earlier this year, Pelosi almost cost the Queensland hobby trainer one of her fingers.

After a sparkling 60 start career that yielded 17 triumphs – with three of those at the highest level – the mare has been retired to the next stage of her career in the breeding barn.

It was a difficult decision for Woodmansey and owner-breeder Wayne Honan to make, but after going around at Albion Park on Saturday evening – where she did not really figure in the finish – the decision was confirmed. 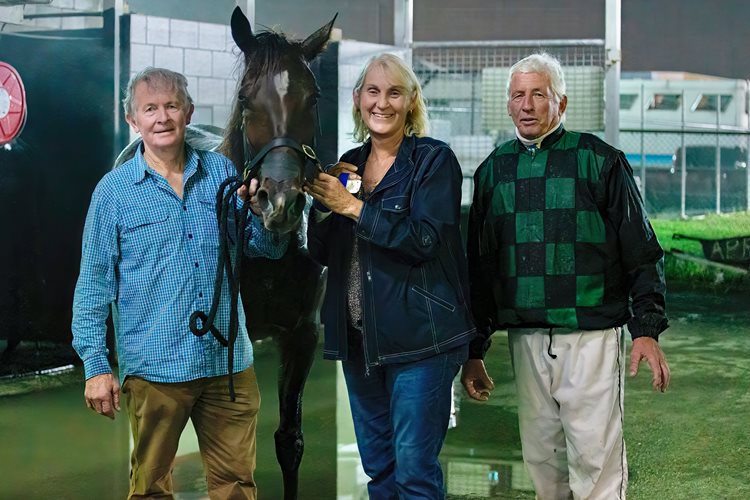 The team behind Pelosi considered retirement last year but opted to press on for another campaign in work.

Woodmansey notes that she just has not shown the same vigour and intent to continue her racing career, after her stunning form as a youngster.

She admits she has worried about her star pacer’s racing attitude in recent months.

“It is a bitter-sweet thing when they retire, she has got to go on to new things now,” Woodmansey said.

“We were going to retire her last year but we kind of kept her going to try and get her in a few of the mare’s races, but she missed out and her form dropped off a little bit.

“They can’t race on forever; she has been a good mare.

“It is a little bit sad retiring her, but I do not want to just keep racing her for the sake of it.

“I would hate for something bad to happen to her, just for the sake of trying to win a few more dollars.” 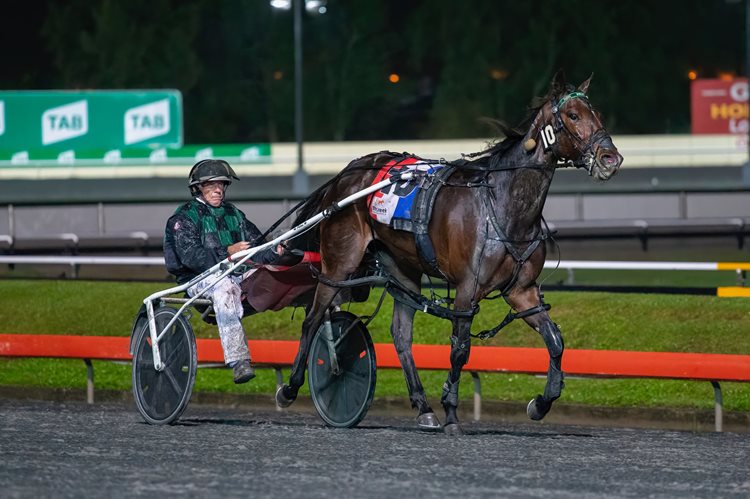 Named the Australian Pacing Gold two-year-old Pacer of the Year at the 2019 TAB Queensland Harness Awards, owner-breeder Honan was just in awe of his Pelosi.

“Her confirmation is very good; she is good gaited and she tries,” Honan, who has had the breed for five generations, said.

“Her confirmation is something special.

“She has got good blood there, as well.”

While Pelosi only won once in her last dozen starts before heading for retirement, she was a stand out earlier on.

She won the Australian Pacing Gold two-year-old fillies Final at Albion Park in 2019 before the NSW Breeder Challenge Finals.

Pelosi became the third filly to claim the two-year-old and three-year-old double since the Breeders Challenge replaced the NSW Sires Stakes Finals.

As a hobby trainer with just a few horses in work, Woodmansey reflected on the pressure that came with a mare of Pelosi’s quality when she raced at that level interstate, but declared it an amazing experience.

Woodmansey and her star mare certainly developed a close bond with all their travelling around Australia.

“She has taken me a lot of places and she is a once in a lifetime horse for me,” she said.

“She was fabulous, especially as a younger horse, she was so competitive in everything she raced in.

“To win three Group 1’s, I never expected to do that.

“I have expected to get a horse as good as her, really.

“She has just been fabulous; she has been pretty special as we have had some good times together.

“She has taken me on a great ride and I have met so many great people through her.” 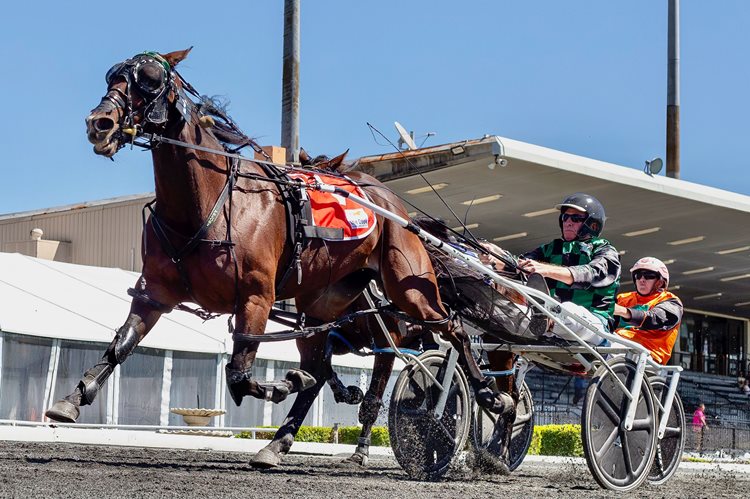 While the five-year-old mare has taken Woodmansey on a journey she never thought she would experience, it has been a difficult last year for the horsewoman.

After a race earlier this year, Woodmansey was treating Pelosi’s leg and she accidentally knocked down her trainer.

The mare stood on Woodmansey’s hand, which busted her little finger on her right hand, leading her to have two and a half weeks in hospital.

The mare has always had a bit of spark about her post-race, the Chambers Flat-based trainer says.

“They were going to amputate it at first, but I have stuck it out,” she revealed.

“It has not been a good year from that perspective.”

She has since had four surgeries on her finger and has been unable to work Pelosi since May of this year.

Pelosi’s last victory came in the middle of May this year. 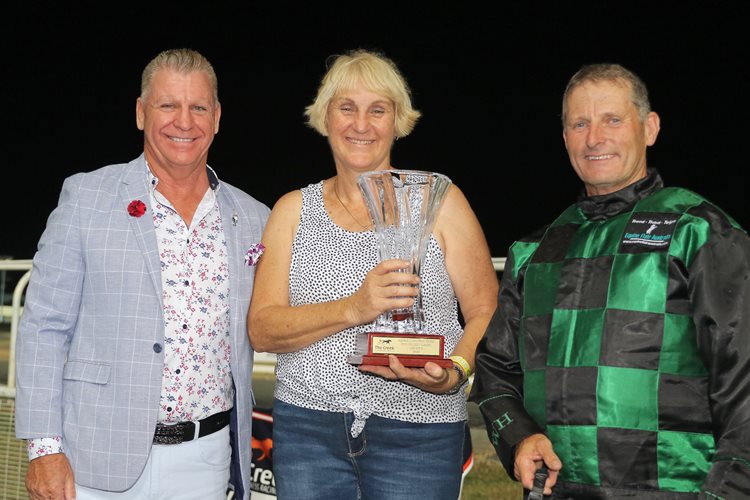 “That upset me a bit because I loved working her and knew every little thing about her when I worked her,” Woodmansey said.

“It has been hard watching on from the sidelines.”

The plan is for Pelosi to go to stallion Sweet Lou first-up and she will remain at Woodmansey’s property at the moment and wind down from her racing career as she is still fit as a fiddle.

Woodmansey says Honan is likely to put the Sweet Lou-Pelosi youngster through the sales ring as a yearling when that comes around.

With Pelosi retiring, Woodmansey just has one in work - Eugenien – with three other babies she is working up. 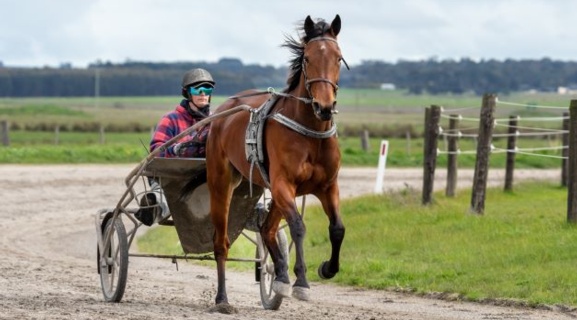 7 October 2022
Ladies In Red set to remind that she's "something special"
She's a “professional” full of fire to her trainer Emma Stewart, a point of pride for her owner/breeders Anne and Bill Anderson, and a bone of contention for long-time pundits who ponder – is Ladies In Red the greatest pacing mare Australia’s seen? Her place in infamy will play...

7 October 2022
Legend Lennytheshark among big list of Cup night attractions
TWO-TIME Victoria Cup champion Lennytheshark will take the first steps on to the Tabcorp Park Melton track when all eyes draw on to the main straight ahead of Saturday night’s showcase Grand Circuit race. David Aiken’s champion pacer, who also won an Inter Dominion and a Miracle Mile, will... 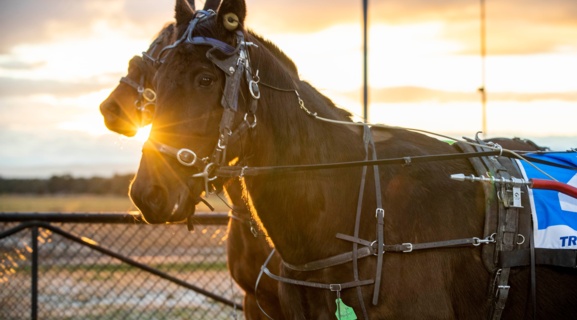 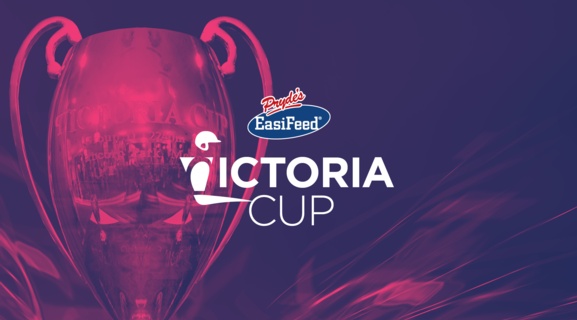 7 October 2022
The numbers, the analysis: Your Group 1 Vic Cup field breakdown
The 2240-metre path to victory is all that stands between the select 12 and the Pryde's EasiFeed Victoria Cup. How does the field for the $300,000 Group 1 feature stand up, let's take a closer look, with all the numbers and expert comment from form analyst Jason Bonnington. 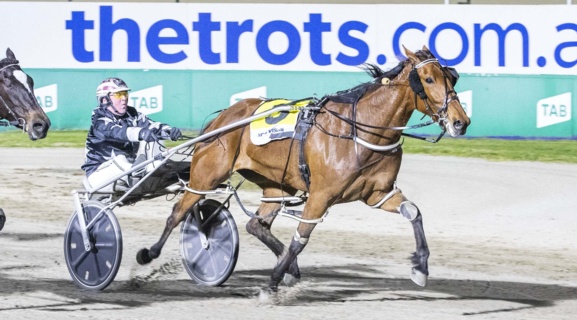 7 October 2022
Geoff dreams of Oaks glory with heat winner Elegant
Geoff Webster is confident heat winner Elegant is one runner who won’t be searching for air at the end of a grueling 2760-metre journey in Saturday night’s Group 1 Pryde’s Easifeed Victoria Oaks Final. The daughter of Somebeachsomewhere was strong charging along the sprint lane in last...