Bling It On And Take A Punt With the rapidly ageing and death of some the World’s leading stallions such as Bettors Delight , American Ideal , Art Major , Mach Three and Somebeachsomewhere , a door of opportunity has opened up for some of their outstanding sons.

Many of those outstanding sons have been bred and raced in the Southern Hemisphere and now are standing at stud at leading Farms in either Australia or New Zealand.

This coming weekend at the Magic Millions Complex on the Gold Coast , the first of the 2022 Yearling Sales will be conducted by APG with a mouth watering selection of 88 yearlings available in the Neds APG Catalogue.

Seventy eight of these are Pacing bred youngsters and of that total , fifteen are sired by Australian and New Zealand bred stallions that raced with massive success on our downunder Racetracks.

In alphabetical order Bling It On heads that list with a Colt and two Fillies.

“ I’m over the moon with him “ said Jason earlier this week .  “ He is very much in the mould of the other Bling It On progeny I’ve seen .  I admired Bling It On for the extreme point to point speed he possessed   “.

With Cotton Cold Candy having a 3 X 4 cross to Cam Fella , covering her with  a son of American Ideal seems a nice cross of blood.   The Colt is also dual Eligible  -  Q Bred and NSW Breeders Challenge so should hold lots of appeal to any NSW based trainer heading across the Border.

“ Good things come to those that wait “will be the advice of Southbrook Breeders Lindsay and Mary Vagg who will be offering Lot 79  -  a Bling It On filly from their 100% producing mare Victree Bonita.  This Filly is also dual Eligible and more importantly is the half sister to the 2021 APG Brisbane Gold winner My Ultimate Levi 1.55.6

The Denning family who operate Burwood Stud on the Darling Downs will offer Lot 77 , a mature and strong looking Filly by Bling It On from their Art Major mare Walking On Air.

The dam has already produced a 1.53 horse by another son of American Ideal and with this filly being closely related to the RED horses  -  Atomic , Runaway and Power Of  - who have won in excess of $1 million , there should be huge interest especially from NSW in this Filly.

Bling It On has flown the gate in his start to a new career as a Stallion having sired eleven 2 year old winners in his debut crop in 2021 including the filly , Madrid 1.51.9 , who will be one of the favourites to take home the Australian 2 year old Filly of the Year Trophy.

Ohoka Punter , who is classically bred being by Bettors Delight from a Christian Cullen mare from the Family of the great Kiwi mare Armalight is being represented with his debut crop  -  being 2 Colts and 3 Fillies.

The Punter was an outstanding young horse winning the title of NZ 3 Year Old Pacer of the Year .  His seven wins that season included a Gt Northern Derby and the Victorian Derby when he outstayed a mighty group of colts including Guaranteed , Lennytheshark , Bit Of A Legend , Caesar Augustus and Arden Rooney.

He should have taken a 1.50 plus time a s a 3 year old as well in the 2013 Jewels Final in NZ. The “ Ice Man “ Tony Herlihy , who trained and drove Ohoka Punter , lost his cool for the only time in his distinguished career when a 100/1 shot kept Punter posted in the breeze.   This left his main rival Border Control sitting on his back which helped him to a new NZ Record of 1.50.6 -  Punter finished third in 1.51.1

Ohoka Punter continued to race in Open Company and as  a 4 , 5  and 6  year old showed he was one of the best pacers in the Southern Hemisphere.  Only Smolda could beat him [ by a narrow margin ] in the 2016 Hunter Cup whilst a few months later Ohoka Punter unleashed a devastating sprint to win the $200,000 Blacks A Fake at Albion Park , defeating Hectorjayjay , Christen Me , Major Crocker and Avonnova.

Each of the five Lots to be offered this Sunday has something to like about them ;

LOT 27  -  a Colt from Horizon Bromac.  This is a NZ Family that consistently produces top of the tree youngsters   -  Amazing Dream , Dreamy Atom and Western Dream to name a few.

LOT 54  -  A Colt from Red Red Robin.   He is loaded up with Cam Fella blood and from one of Queensland’s best producing Families .  He looks to be a long barrelled , athletic type.

LOT 57  -  A Filly from the 1.56.6 winning mare Renayben.  Interestingly this filly is a chestnut and has the look about her of her granddam Lindas Gold [ also a chestnut ]who was an outstanding 2 year old filly in WA in the 1980’s.  When you buy into this Family you would prefer a Filly  -   the pedigree page tells the story.   Lindas Gold , Trunkey Gold  , Mazzini Magic , Smooth Sensation , Lethal Lombo , Repelem  -  all outstanding females.

LOT 70  -  A Filly from Talented Tess.  This filly looks a talented type  -  tall , leggy and athletic and is a half sister to two fillies who have won almost $200,00 between them …..  and both by Cam Fella line stallions just like this girl.

LOT 74  -  A Filly , foaled in December , from a half sister to the $500,000 plus winner I Am Sam 1.54.4.  This Filly oozes power and strength and comes from a Breeder who keeps on producing talented racetrack performers.

Egmont Park Manager , Peter Bell , is certainly impressed with the types of foals that Ohoka Punter has sired .

“ They are put together really well , usually very leggy and certainly great to handle and have lovely temperaments. “ said Peter this week.

The team at Neds-APG have been able to assemble 88 distinguished Lots for the Neds -APG Gold Coast Sale happening at 28 Ascot Ct, Bundall QLD, this Sunday the 23rd of January 2022.

John Coffey will be inspecting all of the Gold Coast yearlings over this sales weekend, and will be pleased to answer any questions that you may have on the individuals featuring in the sale, or to bid on your behalf.  John can be contacted on 0418 500 211.

Allan Dryden (National Sales Manager) for International Animal Health https://www.iahp.com.au/  will be on hand to select and to award the most sort after garland and product prizes for the best presented filly and colt. This is going to be a hotly contested event and should not be missed.

Please contact Linda Graham on 0428 955 998 or via email and she’ll be pleased to assist you with your online registrations, pre- bidding sale approvals or to answer any other questions that you may have on your travel and accommodation needs. 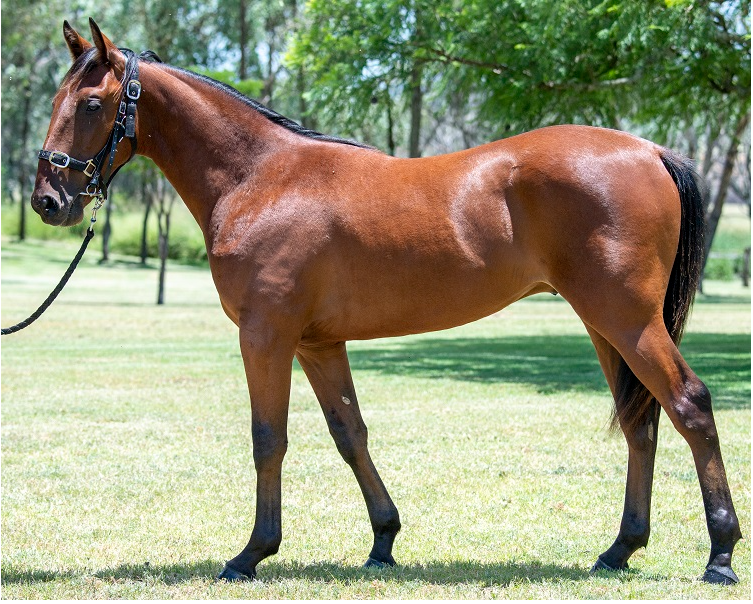