Win, lose or draw – King Of Swing will be a winner on Saturday night.

The hulking pacer will be crowned the 2021 Australian Pacing Gold Grand Circuit champion regardless of the result in the Gr.1 $500,000 TAB Inter Dominion Grand Final at TABCORP Park, Menangle because his lead is insurmountable and therefore, he cannot be beaten.

It will be the second straight season he has claimed the title.

And he becomes the first pacer to claim back-to-back titles since the might Lazarus who claimed the titles in 2017/18.

Boasting 220 points for the 2021 season, he leads clearly over both Copy That and Amazing Dream (120 points) but neither will play a part in the Inter Dominion Grand Final while Max Delight has banked 100 points owing to his victory in the Victoria Cup but even if successful, he can’t usurp King Of Swing.

Originally, the Auckland Cup was scheduled for New Years Eve at Alexandra Park, but HRNZ have re-jigged their feature race calendar and the North Island feature will now be staged next year.

King Of Swing has been brilliant all season, he claimed his second Miracle Mile back in March while he’s been placed in the Hunter Cup, Blacks A Fake Queensland Championship and Victoria Cup.

In fact, the Belinda and Luke McCarthy prepared pacer has never missed a place in eight Grand Circuit races he’s contested throughout his career with four wins and four placings.

The Rocknroll Hanover six-year-old is unbeaten throughout the series while establishing a new track record in his final qualifier at Newcastle last Sunday evening.

He also recorded the fastest heat time in the opening round at Menangle for the 2400m distance range while he sat parked in the Bathurst 1730m sprint heat in a time of 1:51.4.

Stablemate Expensive Ego is also unbeaten throughout the series and obliterated the Bathurst track record when stopping the clock at 1:50.4 on the middle night of the series but is unproven beyond 2400m.

Since 1980, there has been just three occasions where two or more pacers have swept the heats during a three-heat format.

Courage Under Fire and Shakamaker won all three heats before Smooth Satin won the 2002 Inter Dominion Grand Final at Harold Park while Auckland Reactor, Smoken Up and Im Themightyquinn swept the 2012 series at Gloucester Park.

Can King Of Swing and Expensive Ego repeat this weekend?

The 3009m final takes place this Saturday night at Menangle and history proves that punters get it right given the four editions previously staged.

The McCarthy stable have qualified four runners for the final including Spirit Of St Louis (John McCarthy) and Alta Orlando (Jack Callaghan).

Interestingly, Luke McCarthy is yet to win an Inter Dominion Grand Final from eight previous attempts, yet he has been placed third four times and three of those third placings have come via Menangle with Excel Stride and For A Reason twice.

The other quartet is made up of Triple Eight (Jess Tubbs & Greg Sugars), Balraj (Jack Trainor), Our Uncle Sam (Chris & Anthony Frisby) and Bundoran (Amanda Turnbull).

The 2021 APG Grand Circuit has been another sublime season albeit with certain restrictions owing to the ongoing issues emanating from the global pandemic of Covid-19.

And King Of Swing has been exemplary winning 11 of his 15 starts with four minor placings while racing across three different states.

If successful this weekend, his earnings will exceed $1 million for the second straight year. 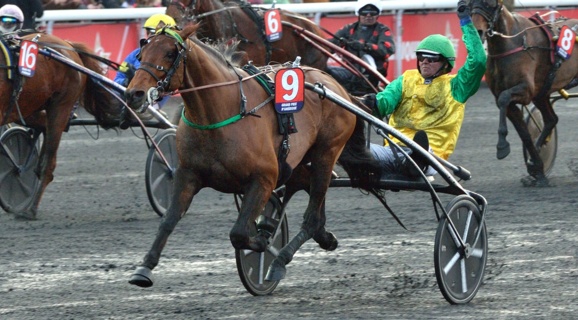