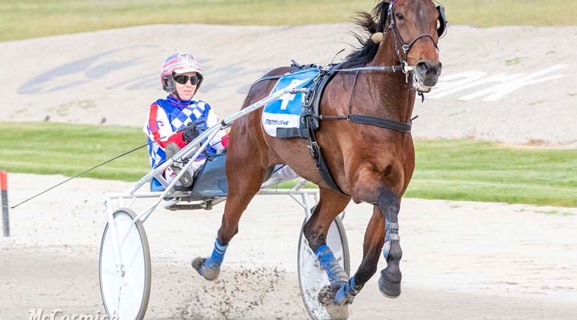 Tornado Valley crashed through the million-dollar mark tonight and did so in the brilliant style that has become the trotter’s trademark, with a flawless all-the-way performance.

The crushing win in the Aldebaran Park R C Freestone Trotters Free For All, the 39th of his 108-start career, saw the nine-year-old become the ninth Australasian trotter to amass seven figures in stake winnings, a relief and a thrill for trainer Andy Gath and driver Kate Gath.

It was also the headliner on a terrific night’s racing at Tabcorp Park, in which two late dashes claimed the Youthful Stakes and bold performances won heats of the Gordon Rothacker Memorial Championship.