The Week Ahead: Spell cast over opening Triple Crown clash 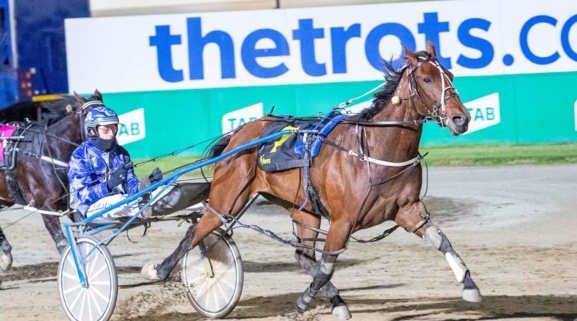 Avalon trainer Nathan Purdon will wheel out another of his stars for the opening leg of the Elizabeth Clarke Mares Triple Crown in Ballarat on Saturday night.

Spellbound, who announced herself as one of the best mares in the country after arriving from New Zealand early in the year, is back from a break and ready to tackle the TAB Make Mine Cullen at Bray Raceway.

The four-year-old has won four of seven starts here in Australia and was narrowly beaten in the Group 1 Golden Girl at Albion Park in mid-July before a spell.

She has drawn the back row in barrier nine for Saturday night's Group 3 feature, which is the first leg of the Mares Triple Crown. A $10,000 bonus will be awarded to the successful owner of the horse who accumulates the highest number of points through the series, which also takes in the Angelique Club Pace at Geelong on October 23 and Benstud Queen Of The Pacific at Tabcorp Park Melton on October 30.